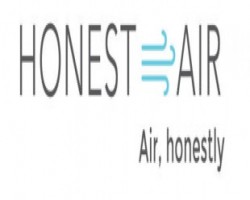 Founded by John Wilson in 2016, Honest Air L.L.C. is a full service heating and air conditioning company with one goal in mind: always do the right thing! After 5 years as an active duty Marine, John started his career in the HVAC industry in 2007, starting as an apprentice for Alans Air of Scottsdale, AZ. After working in the field and learning hands on, he attended Gateway College earning his certification in 2009. Four years later he was hired on by a national company in North Carolina where he spent the next 3 years perfecting his craft.

How would you rate our services ?

City this event took place in:
Please fix above error's

With your help, we'll be able to make more people happy! If we did a great job for you, please share our business with your friends on Facebook.